COVID-19 Convalescent Plasma for the Treatment of Immunocompromised Patients: A Systematic Review and Meta-analysis published in Jama Network 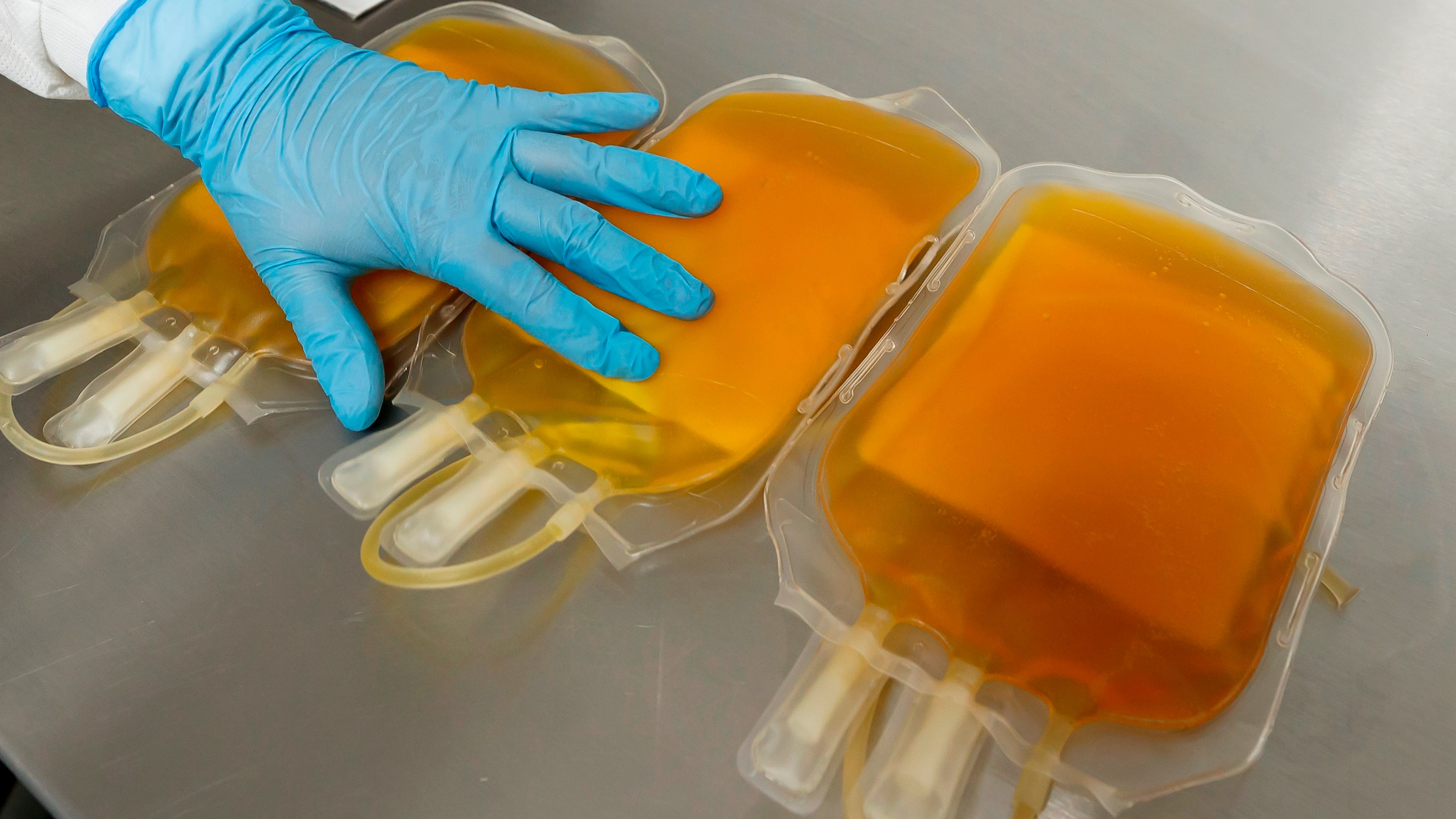 During the first months of 2020, when the coronavirus was spreading around the world, it was not known what the routes of transmission were and what medications could be beneficial to treat COVID-19 . Among other options, it began to be postulated that the blood plasma of recovering patients could be used in other people who were affected by the virus.

Researchers from Italy and the United States reviewed studies and found that convalescent plasma —which fell out of favor—works well in immunocompromised people .

The human body produces antibodies as one of its defenses against infection by the virus. Those antibodies are found in a part of the blood called plasma. The plasma can be used to produce different preparations.

When affected by the coronavirus, the human body produces antibodies as defenses

The work was published in the JAMA Network Open magazine . It analyzed the results of 9 studies and found that immunosuppressed COVID-19 patients were 37% less likely to die if they received convalescent plasma, an antibody-rich blood product from people who had recovered from the virus.

“Our concern is that many patients who need [convalescent plasma] are not receiving it,” said Dr. Arturo Casadevall, an infectious disease expert at Johns Hopkins University in the United States and co-author of the paper. “This is really important because these people can be treated, and they might do better with this material if we could just get the word out.”

According to Casadevall, promptly treating immunocompromised patients is in everyone’s interest. Sometimes immunocompromised people have “latent COVID” for months because they lack the antibodies to fight it. This situation gives the virus many opportunities to mutate in the person’s body and generate new variants.

There are 7 million people who are immunosuppressed in the United States alone, and treating them if they contract the coronavirus infection has proven challenging. For example, many of the immunocompromised cannot take an antiviral pill for COVID-19 because it interferes with other medications they are taking.

Monoclonal antibodies are no longer used because the coronavirus has changed over time. Instead, it is estimated that convalescent plasma may contain antibodies against currently circulating lineages of the Omicron variant .

Several large randomized clinical trials in the general population, including one in India and one in the UK, have found that convalescent plasma did not reduce deaths from COVID-19 or prevent severe disease, and treatment it is not licensed in the United States for people with healthy immune systems.

The nine studies reviewed are now much smaller and only looked at immunosuppressed patients. Dr Peter Horby, a professor at the University of Oxford and co-principal investigator of the large UK study, felt that a large randomized clinical trial should be conducted in immunocompromised patients before changing the clinical practice guidelines for that group.

He said support for convalescent plasma to treat COVID-19 has been based on “an emotional feeling that something had to be done.” In August 2020, the US Food and Drug Administration granted emergency use authorization for the treatment, but some questioned whether it was politically motivated and whether the data actually showed it worked.

In January 2022, the FDA revised the Emergency Use Authorization for COVID-19 convalescent plasma to include hospitalized patients with impaired humoral immunity. In this context, a systematic review was conducted to summarize the growing number of reports of clinical experiences of immunosuppressed COVID-19 patients who were treated with specific neutralizing antibodies via COVID-19 convalescent plasma transfusion.

Later, large clinical trials suggested that convalescent plasma did not work. But there was an exception. The study review found “indications of some benefit” in COVID-19 patients who had not developed antibodies to the virus. This would most likely include immunocompromised patients, as their immune systems do not always generate antibodies as they should, even after infection.

Lili Deneve, in Belgium, donated plasma in 2020 after she recovered from COVID ( REUTERS / Francois Lenoir)

The paper authors noted the finding, along with a similar one in a large trial conducted in Australia, Canada, the United Kingdom, and the United States, as well as results from smaller studies, might be an indication that convalescent plasma is worth trying. in immunosuppressed patients.

“In this systematic review and meta-analysis including 3 randomized clinical trials, 5 matched cohort studies, 13 large uncontrolled case series, and 125 case report series, convalescent plasma transfusion was associated with a lower mortality benefit in patients immunocompromised and with COVID-19,” the scientists wrote.

This site uses Akismet to reduce spam. Learn how your comment data is processed.